Imagine you’d like to create a simple overview with every reconciliation that is starred in the working period: 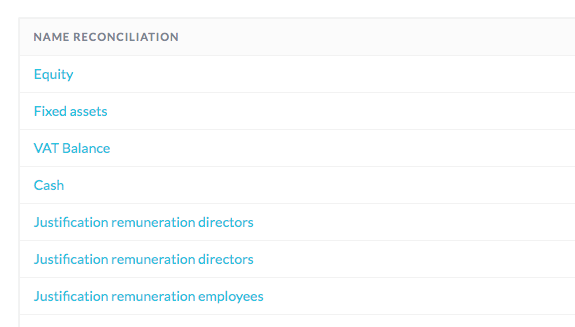 Obviously, that meant accessing each reconciliation to check, while that is not needed as you only need the starred ones anyway (so it has an impact on the execution of your code - you won’t notice this though, but it is there, a delay in execution).

Now we added the starred method, so you can access the reconciliations needed more easily in code (less code), while also being executed more fast:

Is it possible to add the name of the workflow for each reconciliation?

I am afraid this is not possible at the moment.

Can you add it to the list of improvments?

Unfortunately we don’t have a reconciliation method at the moment in liquid as the user can directly access to this information on the workflow itself. Please see the image below:

In the above example only the unreconciled templates/accounts will be shown.